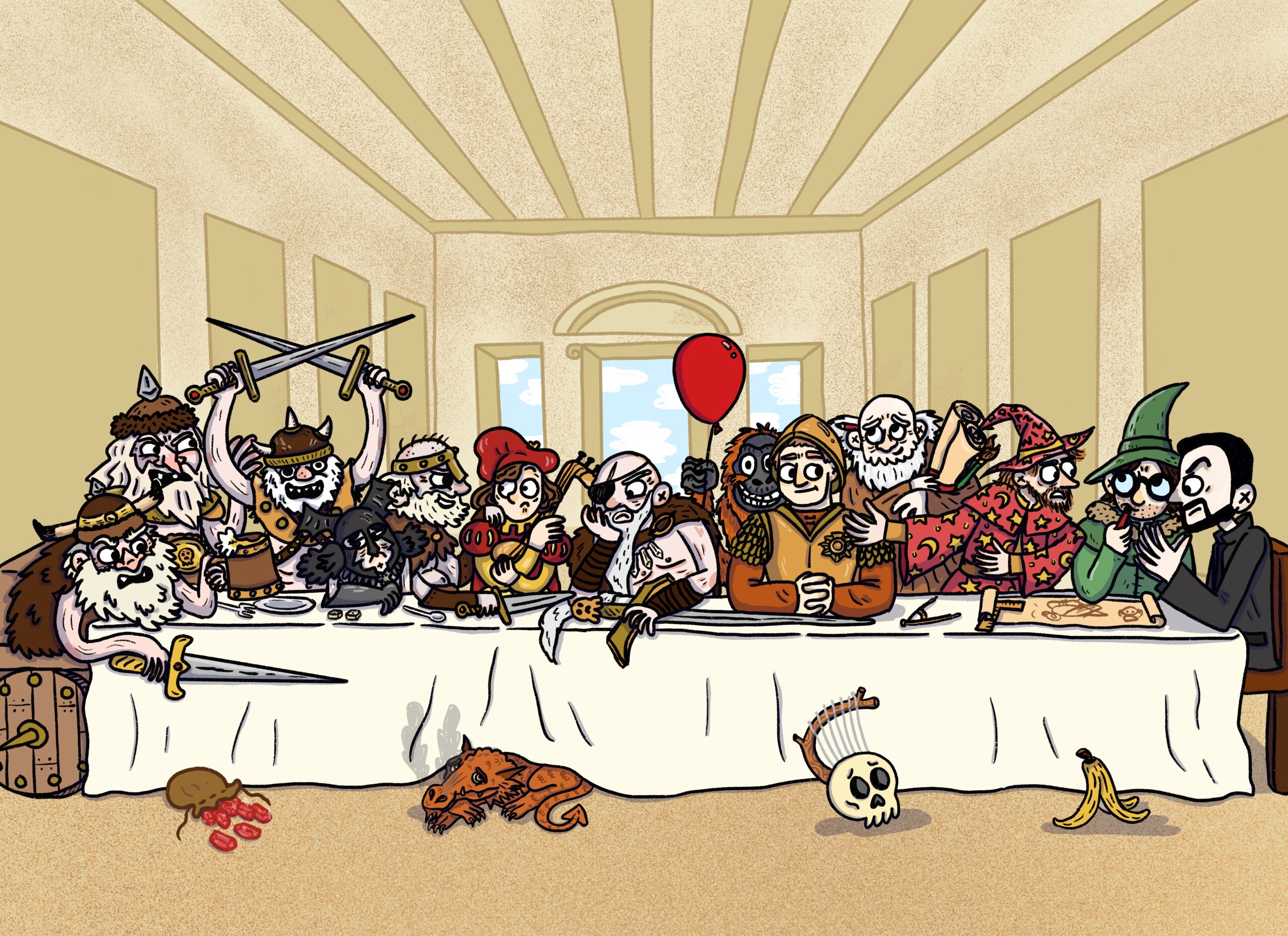 These are the episode notes and errata for Pratchat episode 55, “Mr Doodle, the Man on the Moon“, discussing the twenty-seventh Discworld novel, 2001’s illustrated “Discworld Fable”, The Last Hero with returning guest Georgina Chadderton (aka George Rex).

Here are George’s drawings that we mentioned in the podcast!

As a quick note, we’ve preferenced using page numbers from the 2002 and 2007 editions of the book, since they’re probably the one you have. We’ve included page numbers for the first edition (where relevant) in brackets.

Thanks for reading our notes! If we missed anything, or you have questions, please let us know.