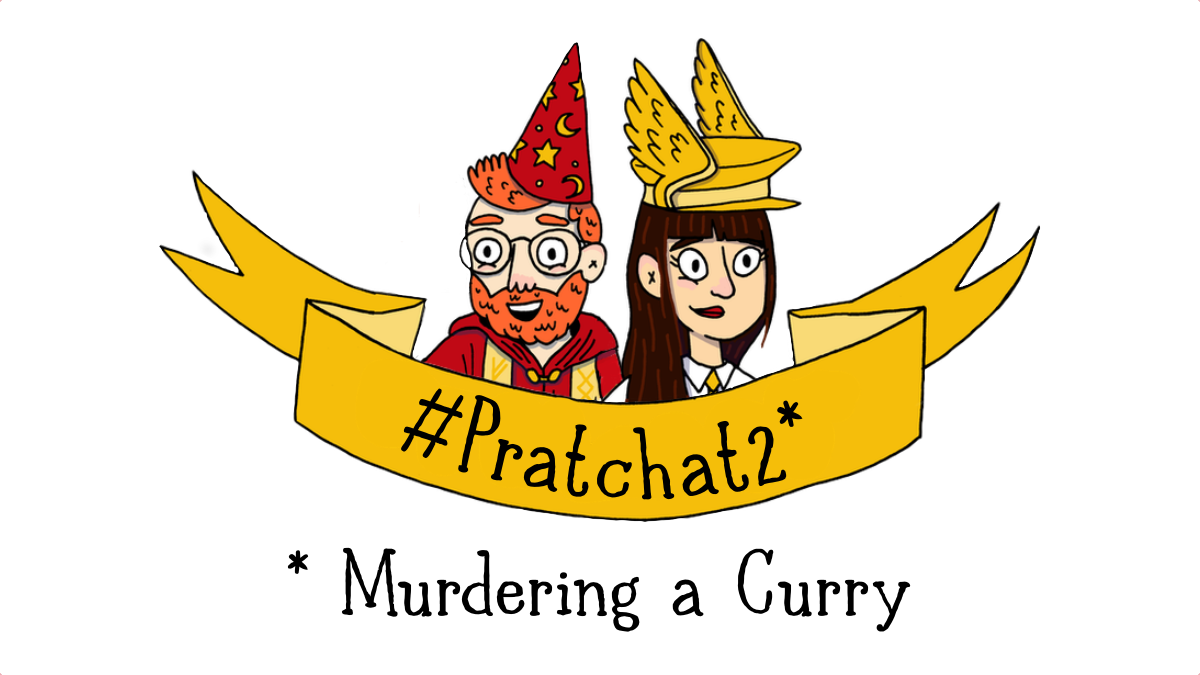 In our second episode, writer and editor Stephanie Convery joins us as we discuss the runner-up in our poll for which book to read first – Mort! Published 30 years ago, it’s the fourth Discworld novel, and the first to put Death in a starring role.

Mort (short for Mortimer), a daydreaming farmer’s son, is offered an apprenticeship by Death himself. Travelling outside of space and time to Death’s home, he finds things aren’t what he expects: Death has an elderly manservant, an adopted daughter, and an unusual interest in fly fishing. Mort, left to do the job alone, tries to defy fate in a very human (and teenage) moment  – but can he possibly succeed? And why does an immortal anthropomorphic personification need an apprentice, anyway?

Mort is often cited (including by us) as the first book in the series that feels like the Discworld we know and love, so if you’re joining us for the first time this episode, this is a great place to start. (And don’t worry: we will go back and read the first three books at some point!)

Guest Stephanie Convery is deputy culture editor of Guardian Australia, a writer and an author. Her first book, After the Count: The Death of Davey Browne, was published in March 2020 by Penguin Books. You can follow Stephanie on Twitter at @gingerandhoney, and find her work on Guardian Australia.

You can find the full show notes and errata for this episode on our web site.