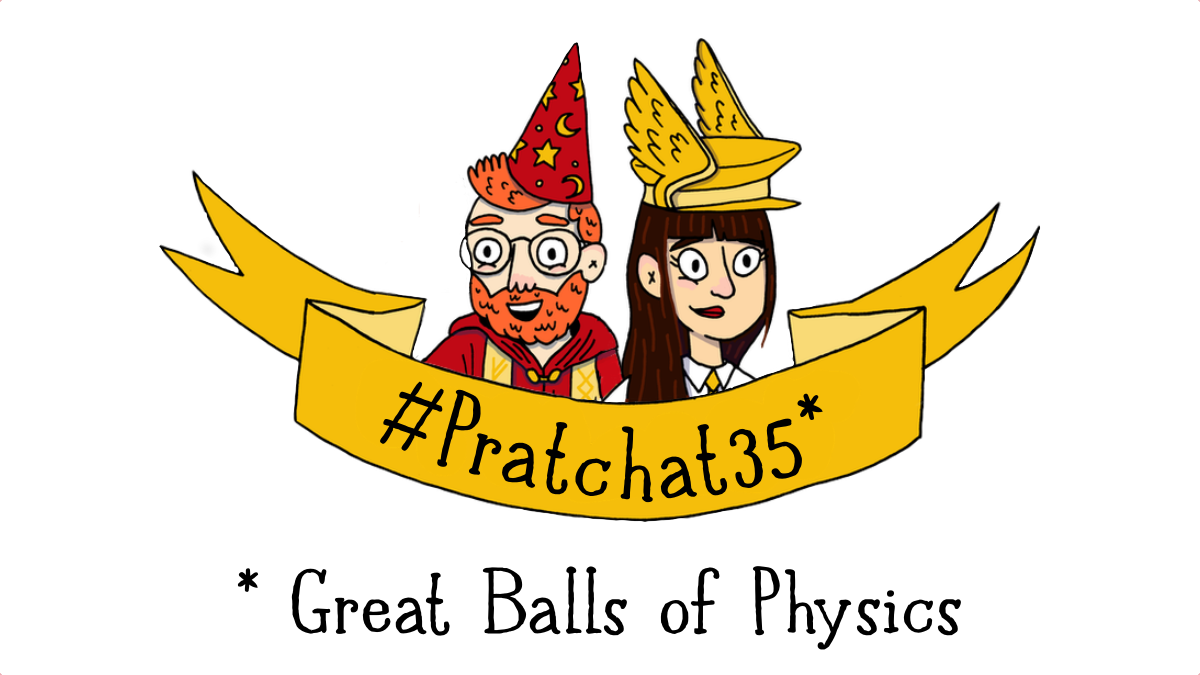 Liz, Ben and science communicator Anna Ahveninen have the weird sensation of being a specimen in a jar as they discuss 1999’s The Science of Discworld, co-written by biologist Jack Cohen and mathematician Ian Stewart.

By bribing the Unseen University faculty with the promise of cheap heating, research wizard Ponder Stibbons gets permission to try splitting the thaum, the magical equivalent of the atom. The experiment is a success, but fills the University with dangerous raw magic. To use it up, sentient thinking machine Hex initiates “the Roundworld Project”, the creation of a reality devoid of magic. The universe in a bottle that results has no narrative imperative, only one kind of light, and not a single star turtle. What it does have are rocks, flaming balls of gas and rules. This all seems very unnatural to the wizards, so there’s only one thing to do: poke it with a stick and see what happens…

After reading one too many “Science of Star Trek” books, science writers and Pratchett fans Jack and Ian joined forces with Sir Terry to write a book in which they would use the wizards’ exploration of a bottle universe to explore our own, and the science that explains it. The concept was a bit of a gamble, and no-one wanted to publish it at first, but it proved a big hit, spawning three sequels and a major revision to this first volume, three years later. The Science of Discworld concentrates on the beginning and evolution of the universe and the history of life on Earth, with plenty of asides about the nature of science and how it is taught (including the now famous concept of “lies-to-children”). In between these essays, the Unseen University wizards poke our own “Roundworld” with a big stick and try to make sense of a world without magic – in part by forcing Rincewind into the role of virtual astronaut.

What did you learn from The Science of Discworld? Do you enjoy the alternating fantasy and science chapters? How does it compare to the other “The Science of” books? And does the science still stand up, eighteen years after the revised edition of 2002? Use the hashtag #Pratchat35 on social media to join the conversation!

Guest Anna Ahveninen is a science communicator, writer and (ex) chemist who currently works at the Australian Academy of Science. You can follow her on Twitter at @Lady_Beaker. Anna also wanted to give a shout out to the STEMMinist Book Club (the second M is for Medicine), who you can also find on Twitter at @stemminist, and on Goodreads.

Turns out we jumped the gun a little with Collisions – the Liminal magazine fiction anthology won’t be published until November! We’ll remind you in a couple of episodes.

Next month it’s back to the Ramtops for our favourite coven’s last hurrah, as Lancre is invaded by vampires in Carpe Jugulum! We’ll be joined by actor, singer and cabaret star Gillian Cosgriff. Get your questions in via social media using the hashtag #Pratchat36, or send us an email at chat@pratchatpodcast.com.

You’ll find the full notes and errata for this episode on our web site.