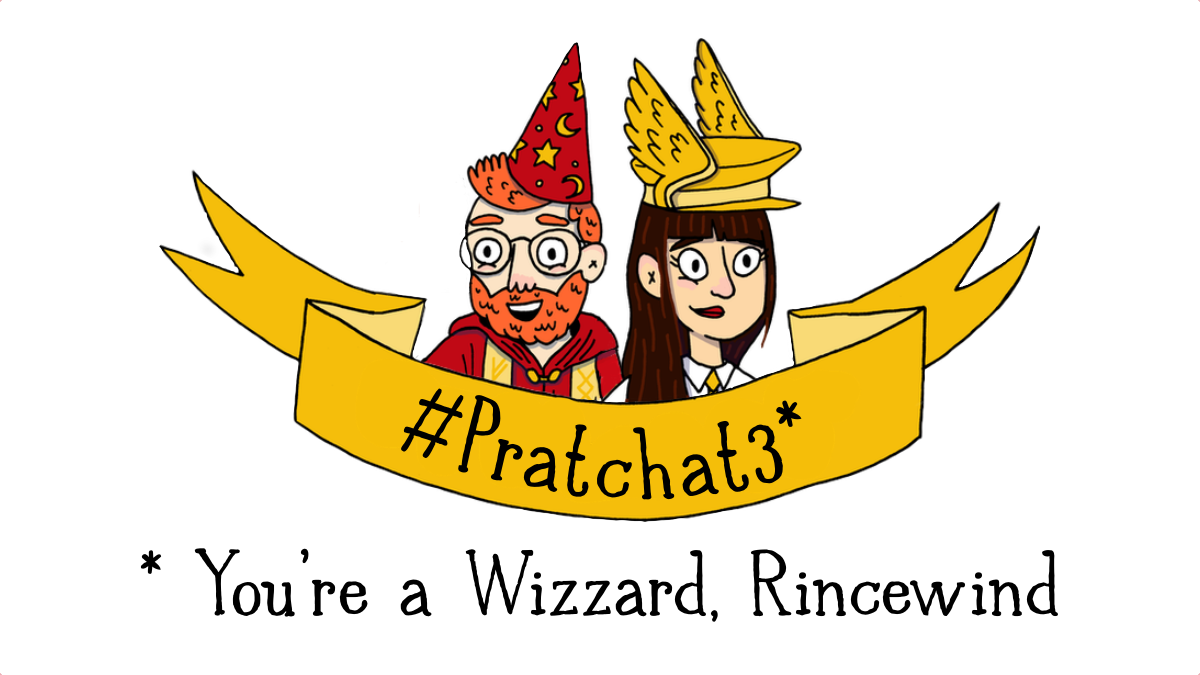 In episode three, comedian Cal Wilson is back to discuss the book that started her passion for Terry Pratchett – Sourcery! The fifth Discworld novel, published in 1989, it features the return of the inept wizard Rincewind.

Rincewind is very happy to have left his adventuring days behind him, working as assistant librarian at Unseen University in Ankh-Morpork, the Disc’s premiere college for wizards. But just as a new archchancellor is about to be named, the young boy Coin arrives. He is the eighth son of an eighth son of an eighth son – a Sourcerer, a source of raw magic, something not seen on the Disc since the ancient time of the Mage Wars. As he takes over the university and wizards across the world awaken power they’ve never known, the end of the world draws nigh…and Rincewind just can’t seem to avoid getting involved.

Rincewind was Pratchett’s first protagonist, and this novel exemplifies all the things that make us love him: genre-awareness, unrepentant cowardice, reluctant heroism, lack of any skill at wizardry and fierce self-identification as a wizard. It also sees the return of the Luggage, a living chest which follows Rincewind wherever he goes. It was a delight for us all to see these characters again, and we have grand plans to go back to their beginnings in the very first Discworld novels… In the meantime, when you’ve finished listening to this episode, get ready for the next one by reading Wyrd Sisters! We’ll be recording on January 14th, so get your questions in ASAP if you’d like us to answer them on the podcast.

Guest Cal Wilson is a stand-up comedian and children’s author. She previously appeared in our first episode, “Boots Theory“, and is still on Twitter at @calbo. Her new live stand-up show, Hindsight, will be playing in multiple cities at festivals throughout 2018: this page at comedy.com.au lists a bunch of them. (You can also see the poster she mentions; it really is good!)

You can find the full notes and errata for this episode on our web site.