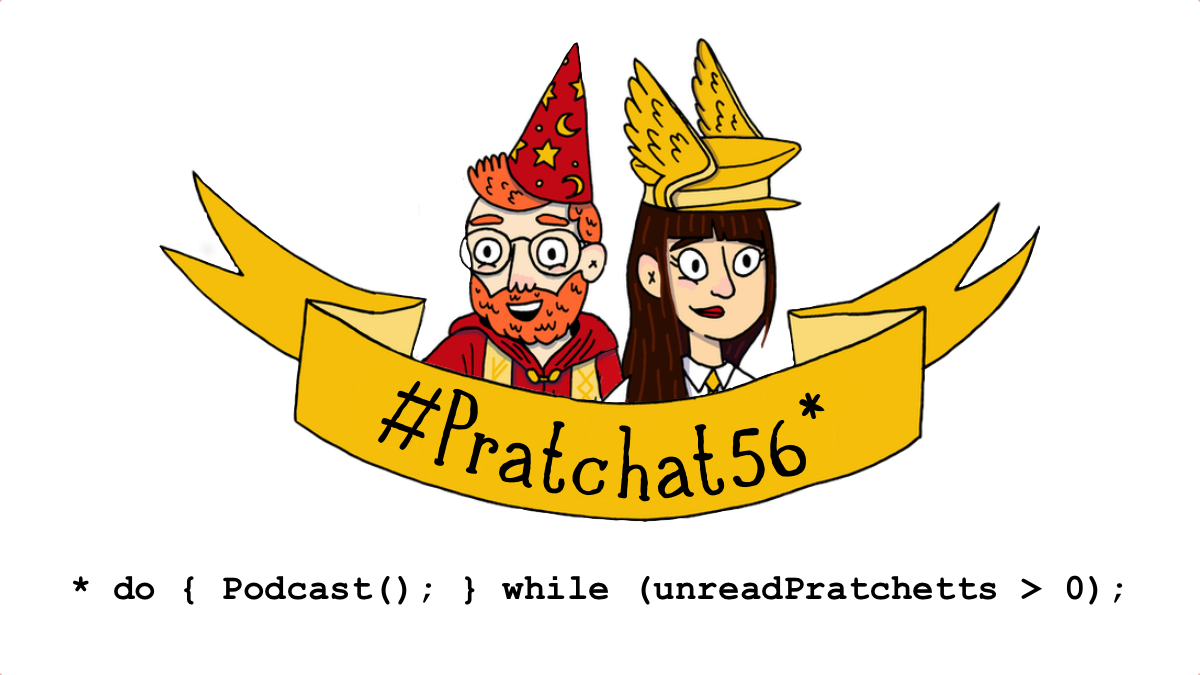 We travel down a leg of a very 1990s pair of the trousers of time this month, as author and musican Sean Williams joins Liz and Ben to get stuck into the artificial reality of Pratchett’s 1990 short story “#ifdefDEBUG + ‘world’/’enough’ + ‘time’“.

Darren Thompson is a repairman who specialises in Seagems: artificial reality consoles that can edit aspects of your everyday life, or plug you into a whole artificial world. His latest job is to inspect a machine in which the user has died. That’s not a first for Darren – but there’s something about this particular corpse in the machine that makes this job feel different…

Originally published in the anthology Digital Dreams alongside works by authors including Diana Wynn Jones, Neil Gaiman and Storm Constantine, “#ifdefDEBUG + ‘world’/’enough’ + ‘time'” is a short story that packs a lot in – and potentially goes to a much darker place than most of Pratchett’s other work. It’s since been collected in A Blink of the Screen, Once More* *with Footnotes and the German collection Der ganze Wahnsinn: Storys (in which it’s accompanied by an original illustration by Josh Kirby).

Was Pratchett right to think that the virtual reality angle dates this horribly – or would he have thought differently only a few years later, as VR comes round again? Is this a happy ending, a dystopian nightmare, or the fantasy ramblings of a self-important creep? Would you want to be a ghost in the machine? And just what is going on with that illustration in the German collection? Join the conversation using the hashtag #Pratchat56 on social media.

Guest Dr Sean Williams is an award-winning author of science fiction novels and short stories, makes music under the name “the Adelaidean”, and teaches creative writing at Flinders University. His novels run the gamut of original sci-fi and best-selling work for the worlds of Star Wars and Doctor Who, and he’s also collaborated with other authors – including previous Pratchat guest Garth Nix (#Pratchat51). You can find out more about Sean via his (hopefully updated) website, seanwilliams.com, and listen to his music via his Bandcamp page. He’s also (sometimes) on Twitter at @adelaidesean.

Next month we continue the sci-fi theme with the third Long Earth novel, The Long Mars, which we’ll be discussing with returning guest Joel Martin! Send us your questions using the hashtag #Pratchat57, or via email to chat@pratchatpodcast.com.