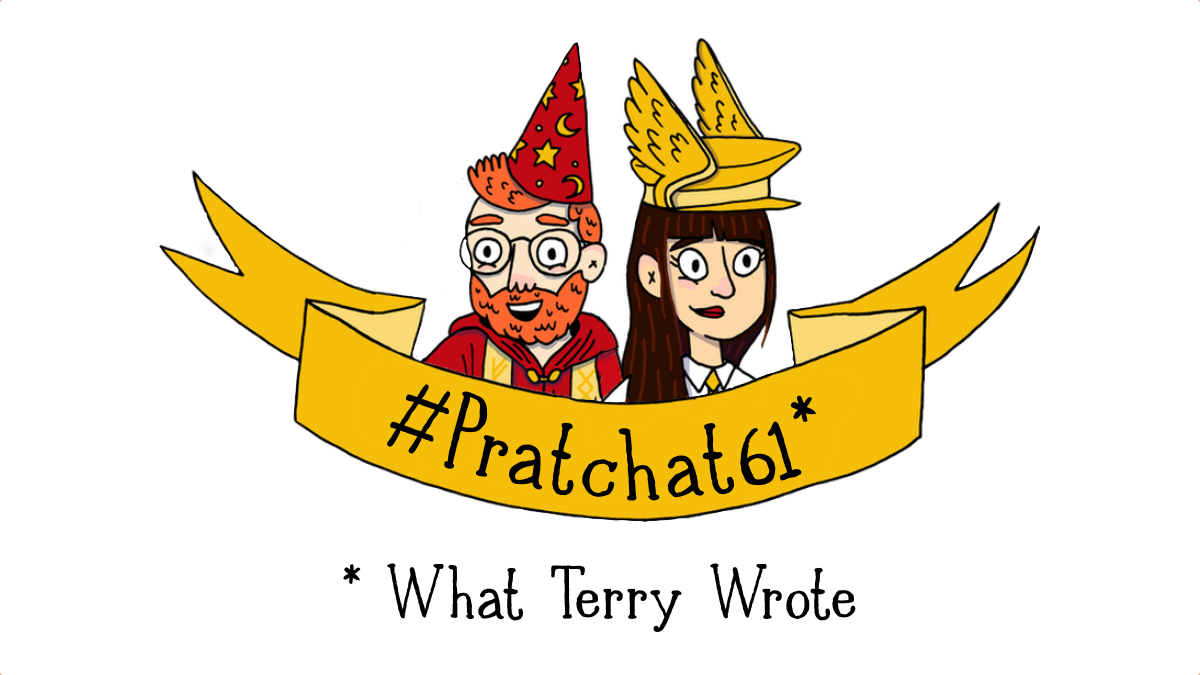 Designer and educator Matt Roden delves deep under Ankh-Morpork with Liz and Ben as they unravel the mystery of the penultimate City Watch book, 2005’s Thud!.

As the anniversary of the Battle of Koom Valley approaches, the dwarfs and trolls of Ankh-Morpork find their ancient enmity stirred up – not least by Hamcrusher, a conservative leader of the “Deep Down” dwarfs, who has preached hatred against the trolls. But now Hamcrusher’s dead – not that the other deep downers want the Watch to know about it – and Vimes must solve the puzzle of his murder before tensions explode across the city. On top of that, he’s also been sent a government inspector, he’s had to take on the Watch’s first vampire, someone’s stolen the most talked-about painting in town – and he has to get home at 6 o’clock sharp, every night, to read Where’s My Cow? to his infant son…

While most Watch books have a mystery that needs solving, none so far have felt as much like a contemporary thriller as Thud! There’s an awful lot going on, with politics, religion, art and history all in the mix. Is it too much for one book? Are there threads that get dropped along the way? Is Pratchett having his cake and eating it too with his fantasy abstractions of real world issues? And who do you think should star in Discworld legal drama “The Good Dwarf”? Join in the conversation using the hashtag #Pratchat61 on social media!

Guest Matt Roden is a graphic designer, educator and the Creative Learning Manager for the Museum of Contemporary Art Australia. Matt has a long history with storytelling and education; he helped set up The Ministry of Stories in London, and was the first volunteer and a long-running Storyteller with Sydney’s Story Factory. You can follow Matt on Instagram (where you can see photos of his dog) at @matthewrodeo.

We apologise that this episode has gone out much later than planned. While our schedule has gotten a little out of whack, we’ll still be continuing our “Thud! trilogy” next episode with our special crossover with sibling Pratchett podcast The Truth Shall Make Ye Fret. We’ll be joined by Jo and Francine to discuss Where’s My Cow?, the hottest children’s book in Ankh-Morpork! Plus we have plans to extend our Thud! trilogy to four parts – details coming in our very next episode.