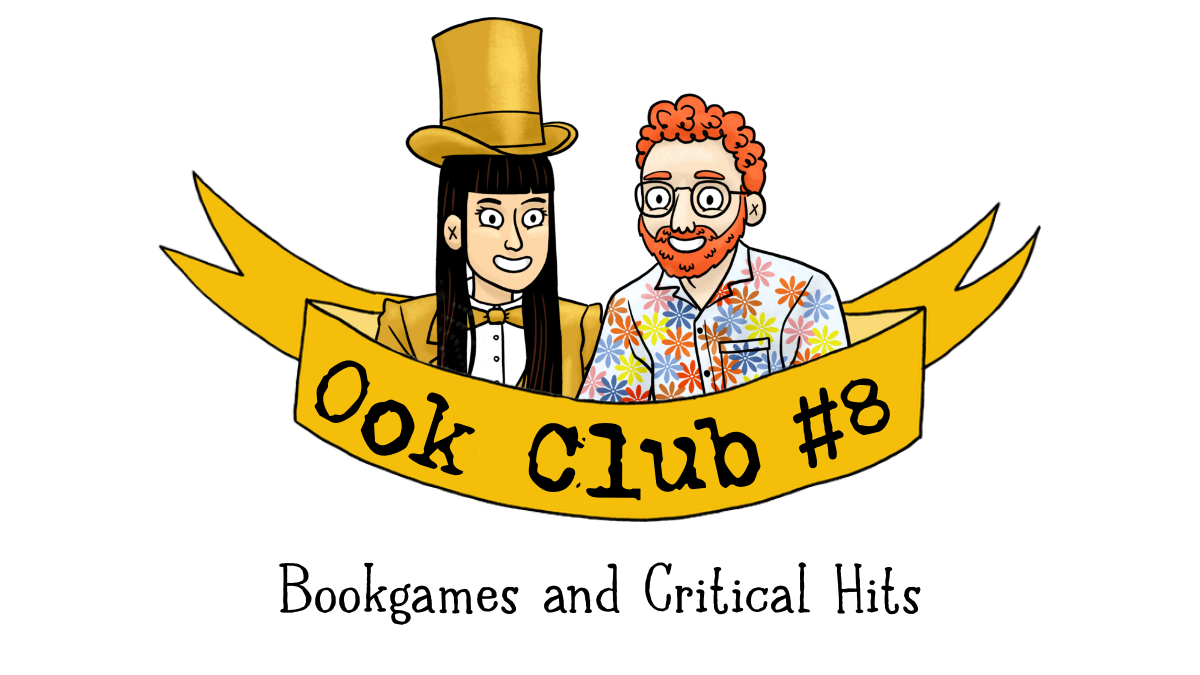 For this eighth episode of the Ook Club, recorded in late February 2022, Liz and Ben made the most of the technical issue alluded to when we postponed our Night Watch episode and have a nice chat about the perils of podcast production, boardgames, our Reading Challenge, books and reading habits, that time we had a chat with Joanna and Francine from The Truth Shall Make Ye Fret and a couple more of of your questions! Plus some extra bits from our episode about The Watch (#Pratchat52) and from that conversation with Joanna and Francine, as featured in the Oggswatch Feast special.

As Ben mentions in a footnote, this episode was a bit delayed, but we hope you don’t mind too much – especially when it comes with such an excellent surprise as the brand-new podcast art for the show! Big thanks to the wonderful Owen Heitmann (of the Papercuts Comics Festival), who did an amazing job emulating George Rex’s style (with George’s blessing of course) and nailed the brief we gave him. We hope you love it – especially if you’re one of our Ooooook! or Eeek! tier subscribers… (We’ll say no more about that.)

We’d love some more questions from you – you can send them to chat@pratchatpodcast.com, ask in the #ook-club channel in our Discord (available to Ooook! and higher tier subscribers), or get in touch on social media using the hashtag #PratchatOokClub.

Our specific questions for you this month are pretty straightforward: how and when do you listen to Pratchat and the Ook Club? And have you used the index at the Guild of Podcasters & Recappers?

Here’s the photo Liz took of her cat, Huxley, lying in the sun looking cute: